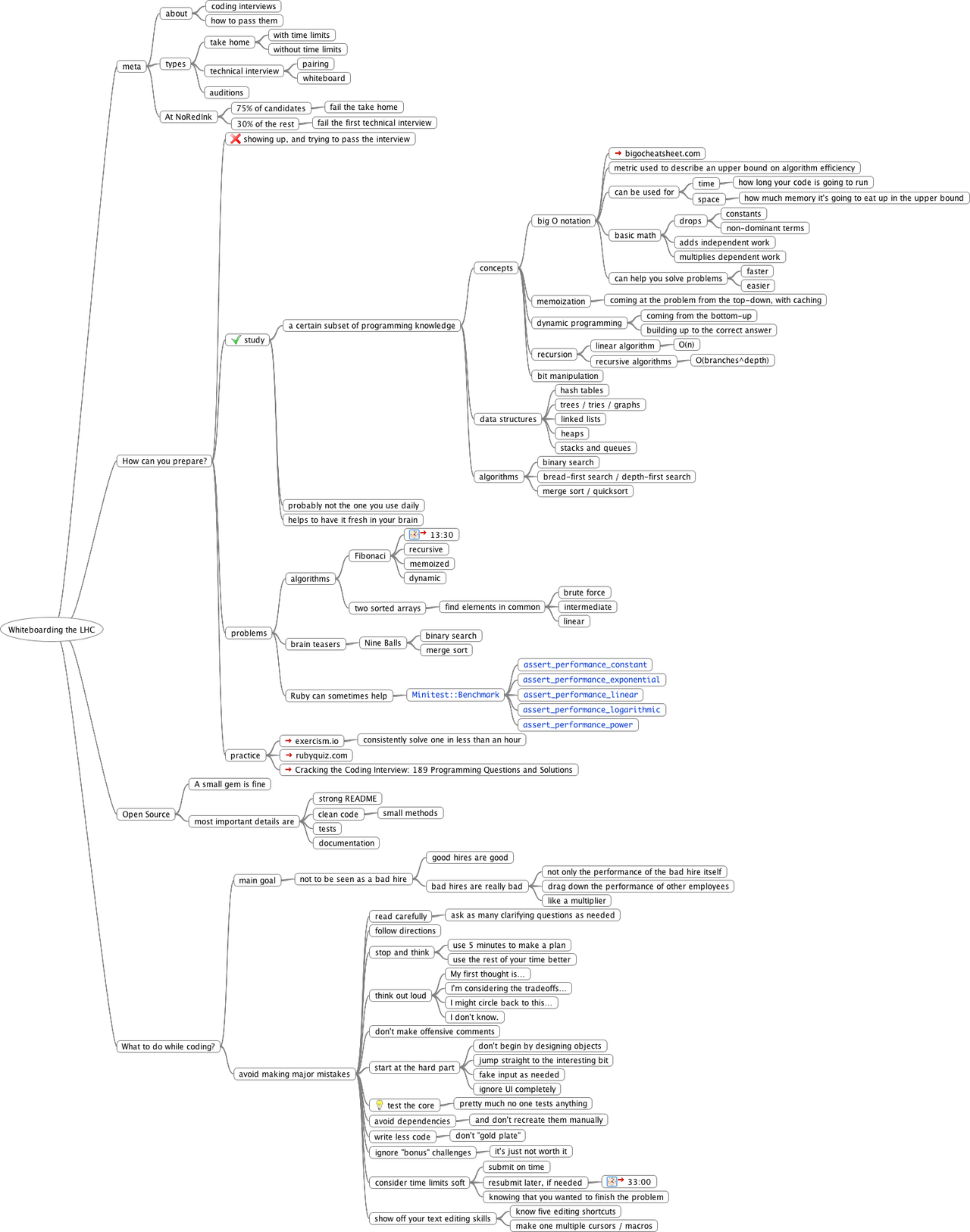 JEG2's take on coding interviews, and how to pass them

At RailsConf earlier this year, James Edward Gray II talked about coding interviews, and how to pass them:

If you apply for a programming job, you may be asked to complete a take home code challenge, "pair program" with another developer, and/or sketch out some code on a whiteboard. A lot has been said of the validity and fairness of these tactics, but, company ethics aside, what if you just need a job? In this talk, I'll show you a series of mistakes I have seen in these interview challenges and give you strategies for avoiding them. I'll give recommendations for how you can impress the programmers grading your work and I'll tell you which rules you should bend in your solutions.

Watched the recording as soon as it became available, and drew inspiration for the interviews I conducted within Shopify. Some ideas felt like common sense, and some became common sense with time, yet there were still a few that I wished they were part of my common sense today.

For the ones I was still wishing, I watched it again, this time jotting down some notes. Disclaimer: almost every word you find below can be either read in the slide deck or heard in the recording. Mine is only the selection of notes, and their organization in a mind map. So, here we go:

How can you prepare?

What to do while coding?

Now that we've gone through the parts, here's how everything connects, at least in my head:

This update link alerts you to new Silvrback admin blog posts. A green bubble beside the link indicates a new post. Click the link to the admin blog and the bubble disappears.